After two successful years as Executive Chef at The Botanical, Cheong Liew is stepping down to pave the way for his protégé Luke Brabin

to take the reigns at the iconic South Yarra restaurant. With more than 43 years in the industry, the highly acclaimed Liew will be hanging up his whites and starting his well-deserved retirement as of 31 July 2012.

New Executive Chef, Brabin began his career as Liew’s apprentice at Adelaide’s well-regarded The Grange in 2002. After working under the esteemed chef’s guidance for four years, he learnt the craft that saw his mentor become one of Australia’s most recognised and awarded chef’s, being the first to receive an OAM (Medal of the Order of Australia) in 1999 for his contribution to the food and restaurant industry and voted “one of the 10 hottest chefs alive” by US Food & Wine Magazine that same year.

After leaving Adelaide in 2006, Brabin travelled extensively throughout Asia before returning to Melbourne to become Sous Chef at Gordon Ramsay’s Maze. In 2010, following Liew’s appointment as Executive Chef of The Botanical, Brabin eagerly accepted his former colleague’s invitation to join him again, this time as Head Chef.”

Working with Cheong for such a long time has been an incredible experience for me, I have learnt so much from him, which will always influence what I do. I’m thrilled to be stepping up and taking on the role of Executive Chef of The Botanical,” says Brabin.

The promotion of Brabin marks a new direction for The Botanical with a move towards a more modern Australian pub fare, featuring a menu of classic Australian dishes including Roasted Rump of Lamb, Pan Fried Pork Chop, Beef Burger and Wild Mushroom Tart.

The Botanical General Manager Frederic Blevin welcomes the change stating, “It’s something we have planned over time and it’s been a natural progression for Luke to step into the role of Executive Chef. It’s an exciting time for The Botanical and will see a new and fresh menu from an exceptionally talented chef.”

Due to abuse by spammers, member contact forms have been temporarily disabled. Please contact this member via their business listing or web site.

Other businesses listed by colonialleisure 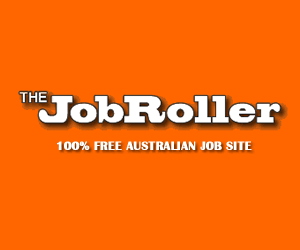